A great farm that allows buyer to develop various operations from cattle farming dairy, crops and much more, event tourism

In regards to cattle there is a processing plant nearby to allow cattle to maintian max weight during transport.

Nagarote’s economy is largely based on cattle ranching and agriculture. Its fertile soils give rise to crops such as soybeans, cotton, peanuts, corn, vegetables and tobacco. Salt is also produced in the municipality.

Nagarote is well known for its stunning natural surroundings. The coastline extends some 24 km and has wide open beaches and sparkling waters. Xolotlán Lake is also a tourist hot-spot during the summer months. Nagarote boasts some of the best beaches in Nicaragua. Over and above the natural attractions in the municipality of Nagarote, there are also several interesting historical attractions. One such site is the Paochial Temple of Nagarote. This marvelous structure was declared a National Monument in December 1955. The temple was constructed in 1575 in the style that was typical at the time. It is noted for is historical value and sheer stateliness. Another popular attraction is the famous tree of Nagarote. This large tree has been in existence for some 950 years. A remarkable natural structure, the tree has been a constant feature in a growing city. A park has been created around the tree. 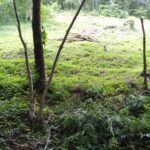 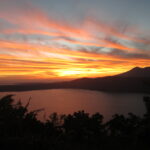